Bluegrass worthy of being blasted out of the windows of a Plymouth Barracuda with 451 Hemi engine, the Blue Dogs boast a personal history that has endeared themselves to the nascent “alt-country” scene with a whiz-bang melding of roots-rock rumble, bluegrass chicanary, and honky-tonk reverence.

Like mad cutural terrorists, they’ve taken the norm and fed it through a Americana blender. Youthful and deep-dyed bluegrass taken to the next level – and it is both timely and exciting!

What’s most remarkable about the Blue Dogs’ nine CDs and live DVDs is how effortlessly catchy they are. For all the posing, posturing stuff that gets released every year — you know, the clever-clever, trendy, arch material that critics are supposed to like but nobody buys — there are always acts like the Blue Dogs — the sort of group that looks back at the ever-lengthening history of Americana music, pinches the best bits and still comes up with something that sounds original. Musically they stay close to the roots with their stellar ensemble pickin’, but their snappy original material and their ability to transform roots-rock chesnuts proves that there’s nothing retro or neo in this gang. It sounds like rib meat falling off a bone. 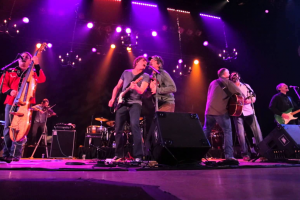 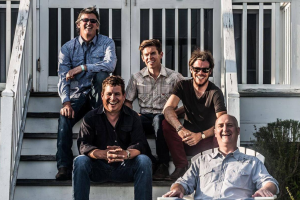 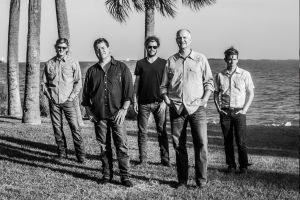 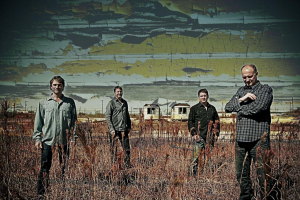